I an a seasoned attorney, Grammy-winning recording artist, published author, and certified career coach, who helps corporate professional women leverage their strengths and passions to live in their true purpose.

Practicing law was my dream since childhood. Music is my passion. I was a corporate attorney for over 20 years and would accelerate my corporate career, succeeding in senior leadership and management positions. I would also travel internationally as a featured vocalists with the acclaimed Sounds of Blackness obtaining 3 Grammy awards, gold and platinum records and a host of other awards, accolades, major television and stage appearances in tow.

BUT HERE'S THE BACKSTORY

In my young mind, the law was an excellent means of helping underserved communities and others with legal issues and solving problems. And, though I would put my music career on hold to pursue a law degree after college, my passion for music always tugged at me.

Shortly after law school, I was invited to join the Sounds, and was instantly hurled into the spotlight as a featured vocalist. At the release of Sounds' debut album, The Evolution of Gospel, produced by internationally acclaimed producers, Jimmy Jam Harris, Terry Lewis and Gary Hines, I was front and center, first on the ground-breaking single, Optimistic, and later on many other singles, movie soundtracks and other feature performances. Yet, with all my music accomplishments, I felt torn—torn between my passion (music) and my dream (law), and I spent YEARS vacillating between the two; ultimately giving in to law in the corporate world, then music in the entertainment world.

Until one day I woke up feeling broken, defeated, and at my place of “not one more day” -- not one more day of feeling incomplete; not one more day of living up to someone else's made-up version of me--of dimming the light inside of me. And that’s when I came to myself, realizing that I really had the best of both worlds; that passion and dream do not have to compete, but that, together, they represent the whole of me. And when I came to myself, I chose to not choose; to no longer live a fragmented existence, but rather, to leverage my strengths and passions to empower myself toward my own definition of success; to be complete; to be whole. Confident in the knowledge that I alone could determine what success should look like to me and what would be its path, which would ultimately compel me to dream even bigger.

Today, as CEO of A Woman Evolves, LLC, and creator of The Empowered Woman’s Masterclass and The Elite Career Accelerator coaching programs, and the A Woman Evolves personal biopic, I empower corporate professional women to unapologetically break free of statistical boxes and own their career and life trajectories through passion-driven lives without limitations.  I know that, if I can realize such a life break through, then so can my sisters. For, we are still evolving, together.

READY TO STEP INTO YOUR POWER? 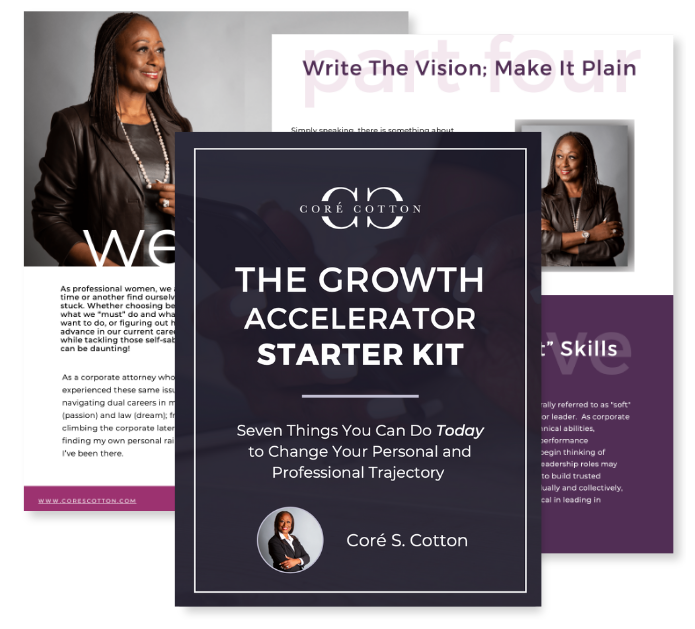